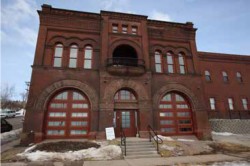 Plans to develop Firehouse and Firehouse Flats emerged as a community response to the need for more quality, affordable housing in the city. “There’s a clear demand and shortage of affordable housing in Duluth. The Hillside neighborhood has some of the city’s oldest housing stock,” said Pam Kramer, executive director of the Duluth office of the Local Initiatives Support Corporation (Duluth LISC).

“This was definitely a neighborhood-generated idea. Most residents make low to moderate incomes, so it was important for the neighborhood to have new affordable housing options for people,” said JeriLynn Young, vice president for U.S. Bancorp Community Development Corporation, the subsidiary of U.S. Bank that arranged low-income housing tax credit (LIHTC) financing for the development
in partnership with United Healthcare. 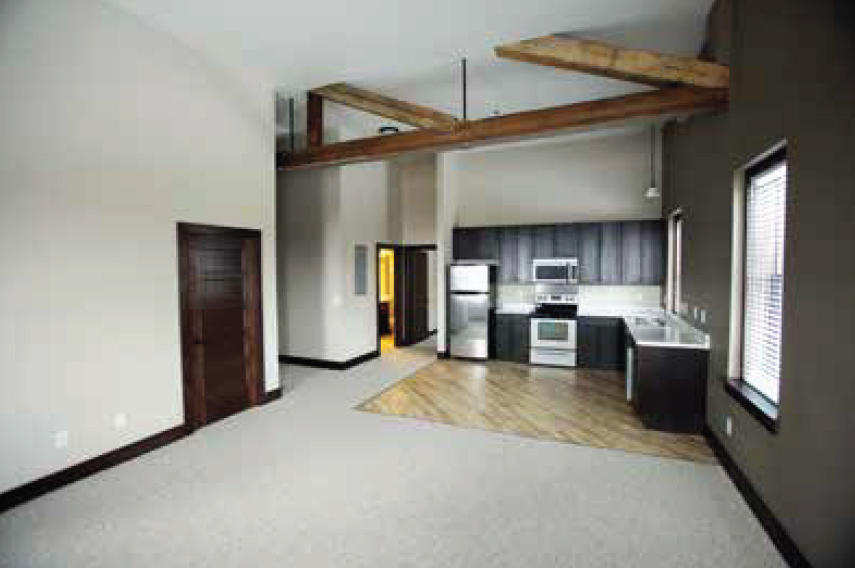 Young added that plans to build affordable housing became a bigger priority after major floods hit Duluth last summer. City officials estimated that flooding caused more than $100 million in
damage to Duluth and surrounding communities. “It puts even more focus on having suitable housing available to all income levels. Rebuilding in already established neighborhoods is the
best thing we can do,” said Young. At Home in Duluth decided that reinvestment in affordable housing was especially important to Hillside, where the American Community Survey found that
the neighborhood’s 11.2 percent unemployment rate is more than double that of Duluth’s overall unemployment rate of 5.2 percent.

Keith Hamre, director of planning and construction services for the city of Duluth, said that Firehouse and Firehouse Flats are a step in the right direction for advancing the revitalization
plan. “I would say that this is a very good project for the Hillside neighborhood and has implemented a number of the goals of mixed-use form based districts by bringing buildings closer to
the street with active living and community space that show a vibrancy to the streetscape,” he said.

The key to gaining community acceptance of an affordable housing development is to get neighbors involved with plans from the beginning, said Young. “This project was started by the neighborhood, so there was never even a chance of NIMBYism. Because people have been involved with the process from the beginning, they realize that the developments are a benefit for everyone,” she said. 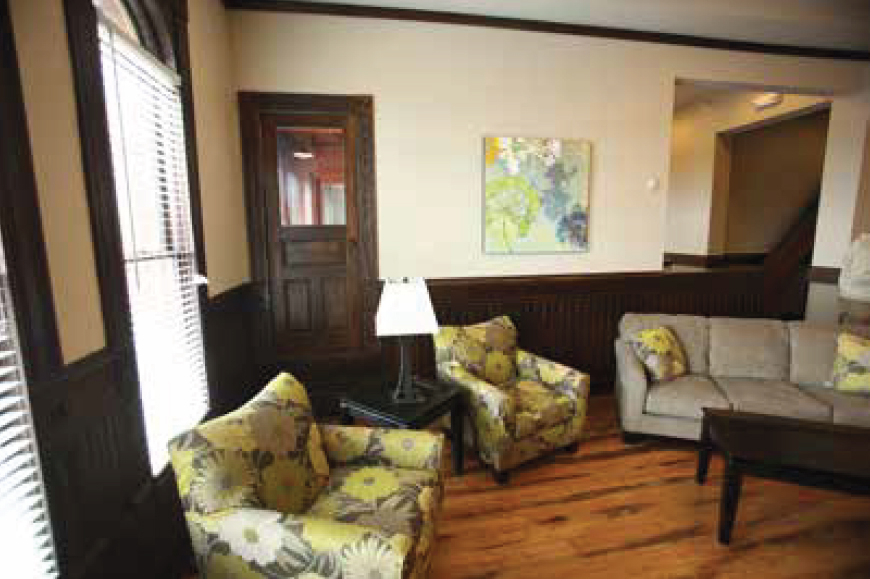 Firehouse and Firehouse Flats were so well received in the community that people who earned above the maximum allowable income tried applying for units, said Rick Ball, executive director of HRA Duluth. “When people at higher incomes wish they could live there, that’s a real good sign,” said Ball.

Young said part of the development’s charm was the great care that went into preserving historic details of the old fire house, which has been on the National Register of Historic Places since 1975. “They kept something that tells the story of what the building was. Timbers are exposed, and the original details of the firehouse are still present,” said Young. Ball added that large doors originally built for the horse-drawn fire truck were converted into windows that maintained the historic Palladian arches. LaVerne Hanson Jr., MetroPlains co-president and an architect, was responsible for the nomination and project design.

“Today there are significant incentives for developers to look at historic properties because they can leverage both state and historic credits,” said Kramer, referencing the Minnesota Historic Structure Rehabilitation Tax Credit, under which state tax credits can match federal credits, as was the case for Firehouse. Kramer said the state historic tax credit (HTC) is set to expire in
FY 2015 and that program advocates are lobbying for its reauthorization. “Highlighting examples like the Firehouse Apartments illustrates how important and successful the program is – that’s how we show it’s working,” said Kramer.

Rehabilitating historic public buildings into private homes is nothing new in Duluth. Several historic public buildings are now affordable housing in the city, including Irving School and Endion School – both elementary schools built in the 1890s. Kramer noted that with Duluth’s rich historic architecture, there are many other buildings that could be adaptively reused through the use of HTCs combined with other public and private resources.

Ball said that financing is the largest barrier to developing in Duluth and that a mix of funding sources is essential to success. “We talked about layers of financing – ‘lasagna’ financing – and saw that that was what this project needed,” he said.

Minnesota Housing Finance Agency contributed $745,000 in annual LIHTCs during the first allocation round of 2010. The development also benefitted from $540,000 in federal HTC financing and $540,000 in state HTC financing.

The combination of these three credits yielded an equity investment of $7.63 million by United Healthcare in partnership with U.S. Bank. The Greater Minnesota Housing Fund provided $220,000 and Minnesota Housing provided $1.4 million, both in the form of 30-year deferred loans.

Firehouse and Firehouse Flats have inspired noticeable, positive changes throughout the community, said Young. “There’s more investment on this block – people are repainting their houses and fixing features on their houses that have been broken for a while,” she said. “Everyone feels more pride in the neighborhood.”

Reinvestment is occurring on a larger scale as well. Another affordable housing development under construction is the nearby Hillside Apartments complex, which will offer 44 affordable housing units and six units of family emergency shelter. “Whenever major, high-quality investment like this occurs in a neighborhood, it has a contagious effect, sending a message that the neighborhood is turning around. This encourages even more investment,” said Kramer. “We are excited to see increased private and public sector investment underway in the Hillside neighborhood.”